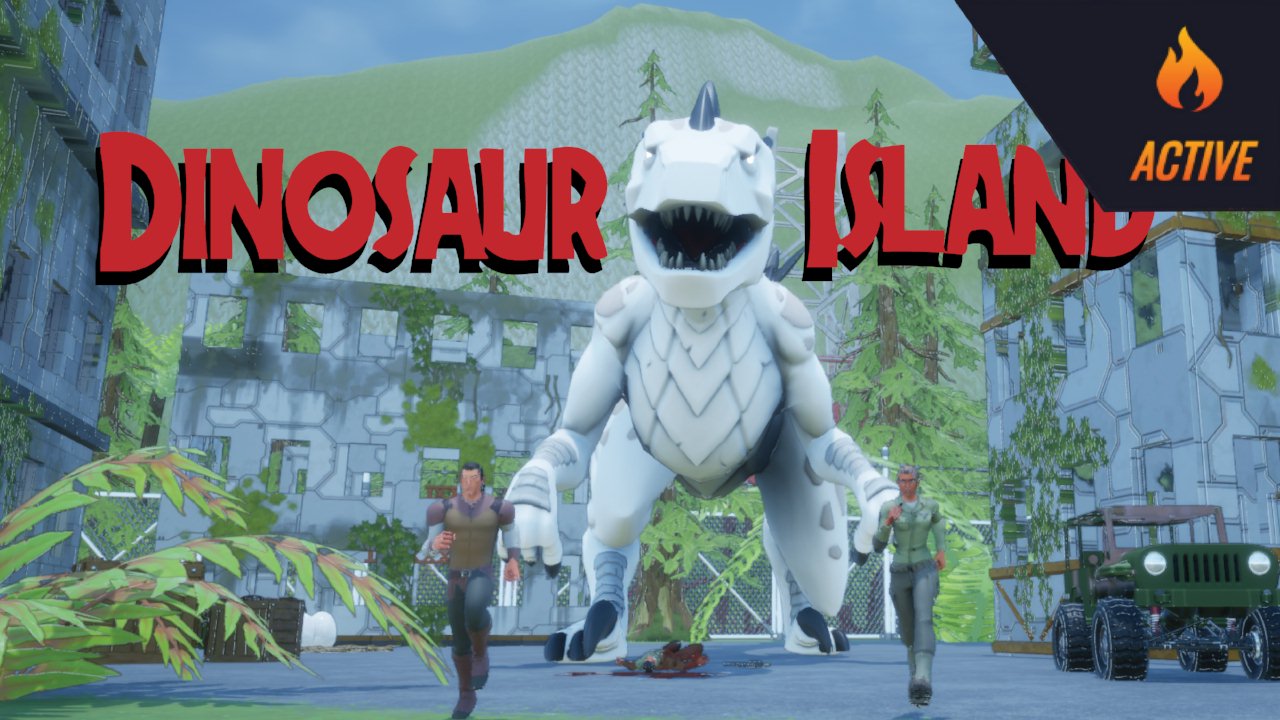 Stranded on a mysterious abandoned island with re-animated prehistoric monsters, you realise that your only objective is to survive this brutal place and defeat the carnivorous and blood-thirsty creatures that lurk close by... You ignorantly decide to explore the island for hidden secrets, only to find yourself falling into a battle between life and death between the unknown. Scavenge and explore the vast forest landscape for raptor eggs and exchange them for powerful ranged weapons at the spawn in this survival/horror journey. Note: Purchasable weapons at spawn can only kill dinosaurs and will deal no damage towards other players, this game has no PVP. Thanks for playing.

Updated since release! (24rd Feb) ~ Logo update. ~ Added an Indominus Rex to the game among the T-Rex and raptor dinosaurs. ~ Added two new powerful guns, being the Gatling Rifle and the infamous Minigun. ~ Increased the raptor speed exponentially, hence it is much easier to get killed by them. ~ Created a whole new area with decaying buildings and brand a few new egg locations! ~ Day/night cycle was added as well. Thank you everyone in the comments for granting me some very helpful suggestions. I plan on implementing many more fun updates in the future, which includes adding more depth to the game LORE, as well as improving AI collisions and some various map updates. Stay tuned for March! AShortName has not created any games yet