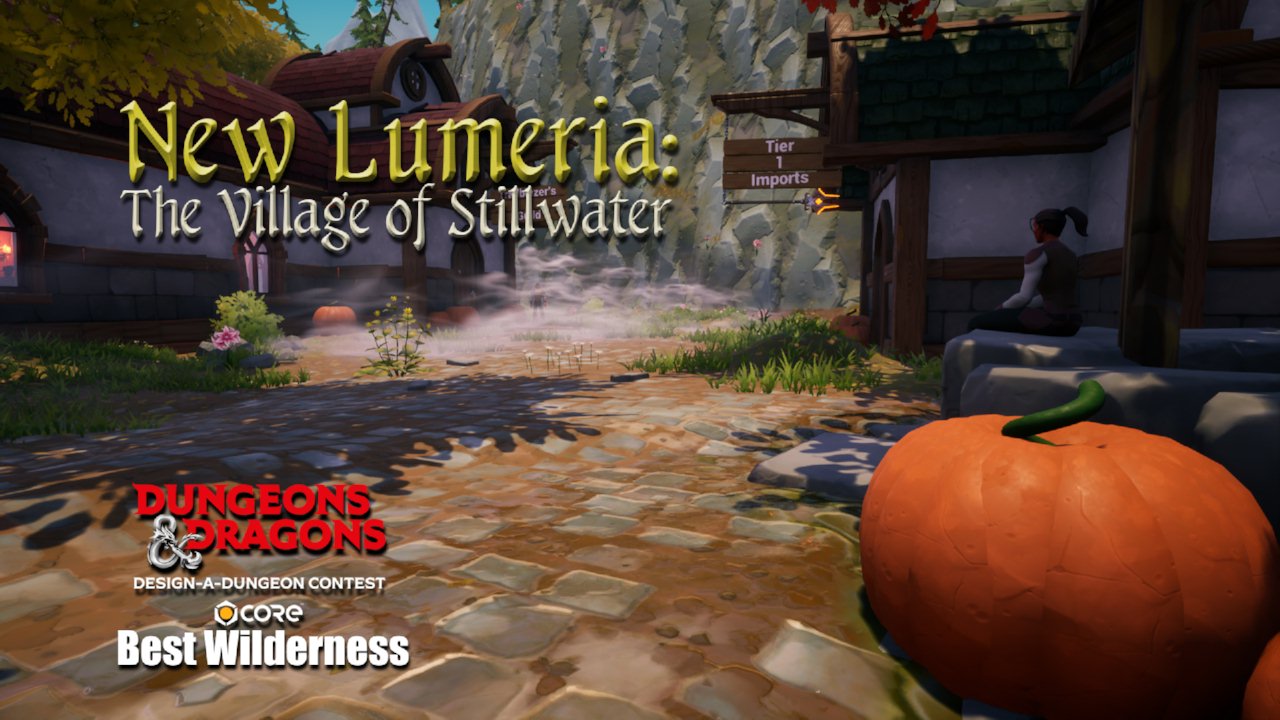 [D&D Contest Wilderness Entry Winner] Currently working on a HUGE Overhaul/Sequel to this game! If you wish to experience the Original do it soon! :D Explore the area around The Village of Stillwater, A small mining town nestled in a deep valley. Uncover the secrets of the Mysterious Spire, A strange structure that radiates magical energy. Complete Quests, Solve Puzzles, Defeat World Bosses In this open world adventure! New Lumeria is an Open World Adventure! And an ever expanding project! Check back for frequent updates. Quest Dialog written by SteamBeth Fixed a long running bug for NEW PLAYERS ONLY There is a bug with the XP system, if you hand in a quest before killing a mob, you will not be able to gain XP. There is now a bandit just outside the camp to make sure players kill atleast one mob. Unfortunetly this does not solve the Issue for returning players --KNOWN BUGS-- XP and Leveling Doesn't update for some people, If this happens to you Exit the game and join back, all you XP will be awarded and your level will increase. BryceLovesGaming has not created any games yet